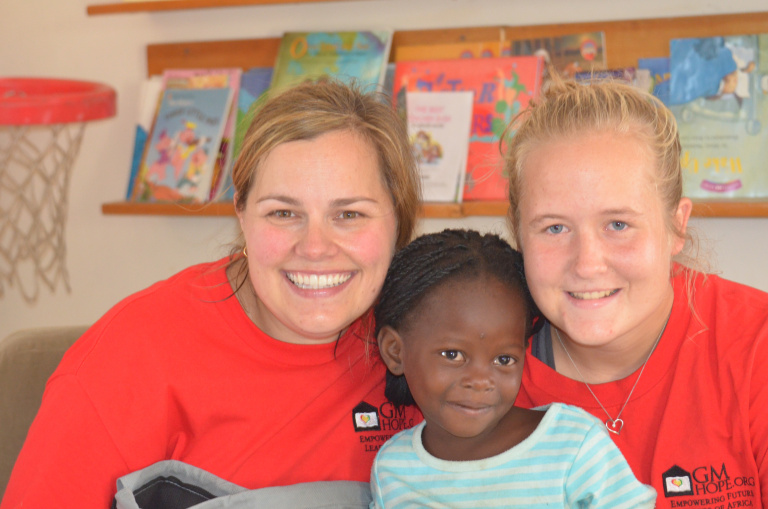 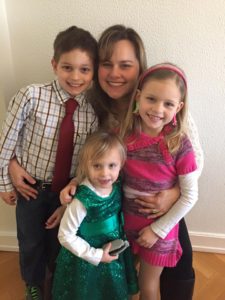 It was February and I sat in Sunday services at Christ Church for the first time since probably Christmas.  Adding a third child to our already young family, along with my husband’s aggressive travel schedule, had hit me hard and we simply hadn’t made it to church in more than a month.  Despite being a “single mom” that weekend with my husband gone again, I felt an urge to load up the kids and get to church, so I did.

We had guest speakers that day – Debi and Mercia – who were speaking about the Ghanaian Mother’s Hope mission, how we could join the mission team, and for those less adventurous, how we make a difference by sponsoring a child.  I had heard the sponsorship message before.  Our parish was already sponsoring a Ghanaian child and I had added to collection box many times.  That seemed like enough.

A story by Kimberly Langston 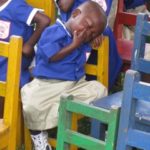 For some reason that day, my heart was curiously stirred by the message.  But still, I did nothing more.  I took my kids back to our warm home, fed them healthy food and water abundantly, then sent them to amazing schools and daycares on Monday.  But the Lord nudged me saying, ‘That’s not enough.  You have more to offer.  You have more than enough.’

Still, I did nothing more.  But my heart remained curious and unsettled.  Finally, in April, at the 11th hour, I joined that year’s GMH mission team.  I did no fundraising.  I did no research.  I didn’t even know where Ghana was on the map until a day or two before I boarded the plane.  I simply wrote a check and packed my bags, and I could do that because as God had told me, I had more than enough. 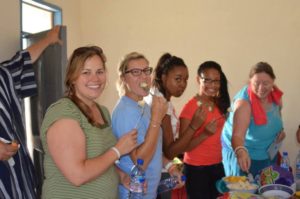 Fast forward and I’m on a rickety bus full of supplies bouncing precariously down a pothole-laden road to a village on the outskirts of Accra, Ghana in West Africa.  It’s Saturday and our mission team is heading out to set-up for a 5-day reading camp that we will host the following week.

We have to drive through “town” to reach the school.  As soon as our bus appears within site of the first shanty homes, there is a virtual rally call from the local children and they begin to run alongside of our bus, following us all the way to the school.  Every home we pass, we gain more and more of them, until there is a throng of dusty faces screaming with excitement.  Their enthusiastic welcome brings tears to my eyes (even as I write this, four years later).  They’ve come without their parents. They’ve come carrying younger siblings on their back.  They lucky ones wear worn out flip-flops; the rest are barefoot.  My favorite little boy looks to be maybe 18mos old, the same age as my youngest daughter.  He wears a onesie, with the snaps hanging down loose, and no underwear.  The mother in me is shaken to the core.  Suddenly I want to feed, cloth, and hug them all. 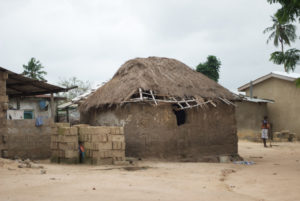 The children stay with us all day, watching us work and playing with us.  We begin to notice this trio of girls, total Divas, around 3 years old – the same age as my other daughter.  They want to play with my hair, look at the pictures I’ve taken of them on my camera, and especially model my sunglasses while they strut and dance around the playground together.  These girls, I learn, are too young to attend the reading camp.  They won’t be eligible until they are 5 years old, but they are the age we target for sponsorship.

You see, because the government offers education beginning at age 5, GMH targets preschool aged children for sponsorships because it fosters the importance of schooling early.  It creates a habit, an expectation, a foundation that both child and parent can continue once public education is available.  It prevents girls from becoming primary caregivers to their siblings and missing out on their chance to go to school at the same pace with their male counterparts.  It’s targeted, early intervention and just like early diagnosis of a disease significantly increases the probability of recovery, sponsoring a GMH child into preschool significantly increases his and her chance to continue their education because it’s already begun. 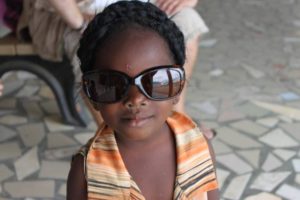 That week, our trio of Divas were like mascots in the school yard.  Too young to officially attend Reading Camp formally, they, along with a gaggle of other children too young to attend, peered into the windows, sang along with our songs, and played with us during recess.  At times it was almost too much heartache, seeing how many more children needed us, so desperate that they just wanted to be near.

By Thursday, the Sponsorship Lead for our team had compiled a list of the young children who needed sponsors.  Their parents had been informed of the requirements and also of the familial support they would be given (mostly additional food rations) if they allowed their younger children to attend preschool as a sponsored child.  They were told who would be supporting them and how they would be monitored. 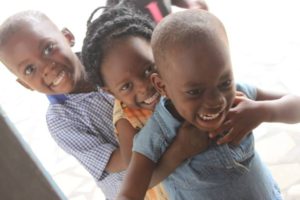 That night, our team sat at a table after dinner and selected whom we would each sponsor.  You see, by that point it wasn’t a matter of IF we wanted to sponsor a child – there was simply no way you could spend a week hugging these children, playing with them, looking into their bright eyes everyday and choose NOT to sponsor one.

That week I had team-taught in one of the classrooms with a high school sophomore, Maggie.  She and I decided to co-sponsor one of the Divas, Deborah, because Maggie wanted desperately to be a sponsor but could not afford the full monthly amount as a student.  For us, it was a wonderful way for us to continue the bond we had forged that week for two more years. 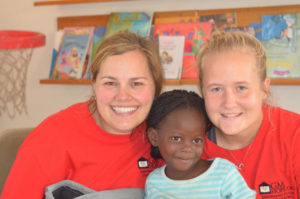 On Friday afternoon, after dismissal, our little girl sat in our laps, took a photo with us, got two huge bear hugs and a bag full of goodies to take home.  And so did every other eligible child we had identified throughout the week.  It was magical and I finally understood the life-changing gift we were giving. (Incidentally, I was able to surprise one of the girls from my class with another special gift that I blogged about here [insert like to the blog about the baby doll].)

Two years later, my Deborah graduated from preschool.  Debi sent me a picture and I was as proud of her as I had been of my own children.  That summer Debi and Becki found me a new little girl to sponsor, Michele, and I hope to hug her this summer.  And if I can’t hug her in person, I know the money I send to sponsor her is my virtual hug because God reminds me always that I have more than enough to share.  I can’t wait to see her graduate from preschool in a few years too! 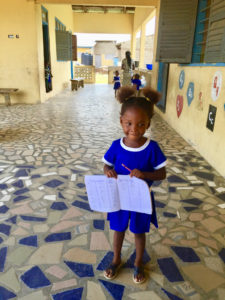